All the apparel factories I found were located on the outskirts of Hanoi, so I hopped on a plane and headed north for a couple of days.  Hanoi, Vietnam’s capital, is older, colder, and darker than Saigon.  Sort of like Vietnam’s version of the Pacific Northwest.  Rainy, but charming.

There was an outdoor cafe down the street from my hotel, so I ordered some fried frog, peanuts, and beer and watched the chaos of Hanoi unfold around me. 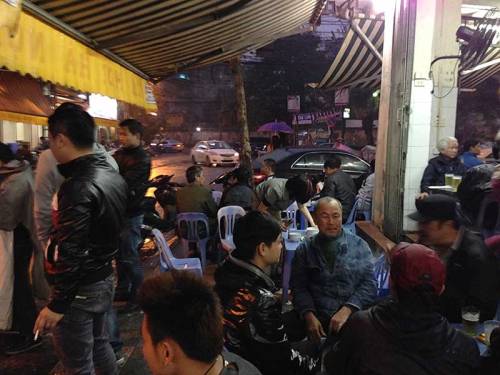 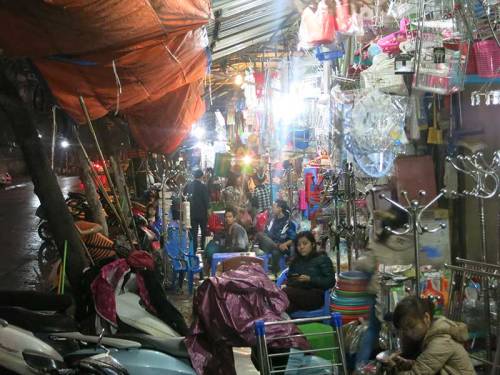 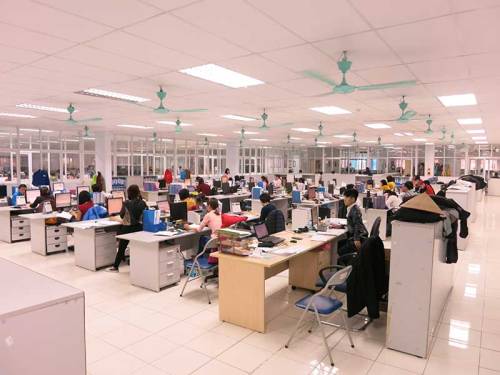 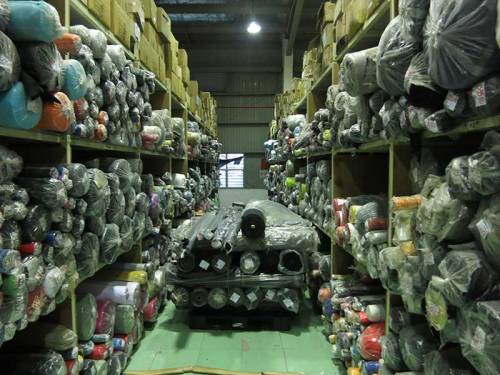 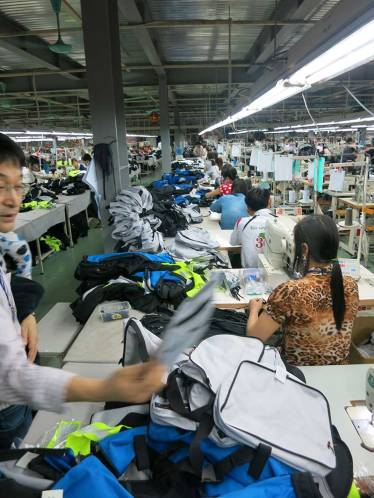 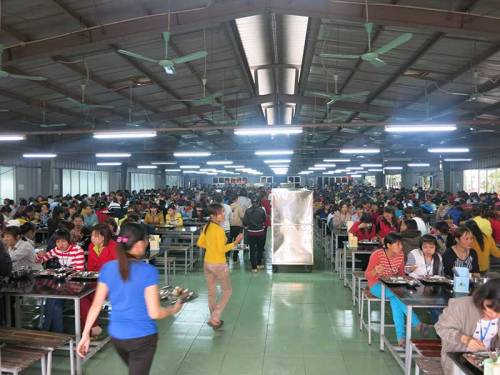 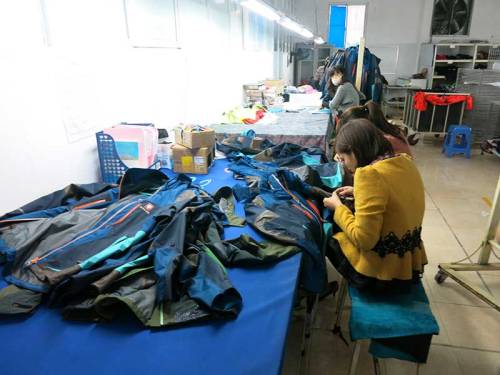 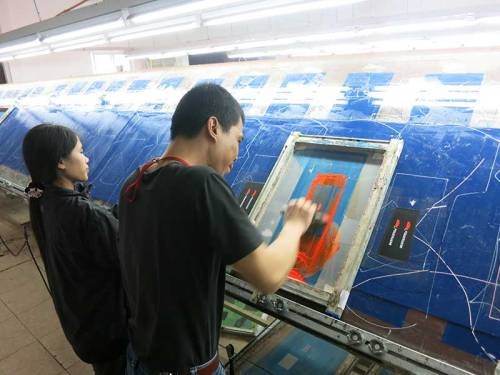 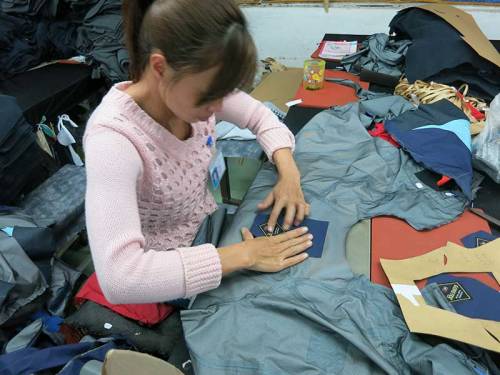 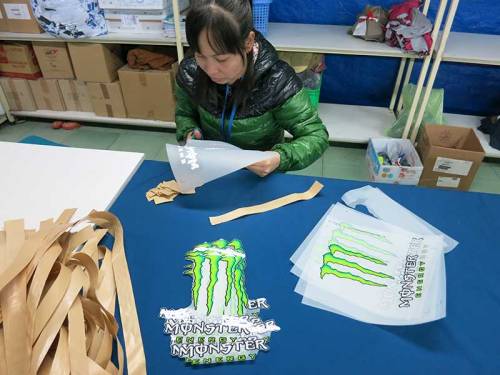 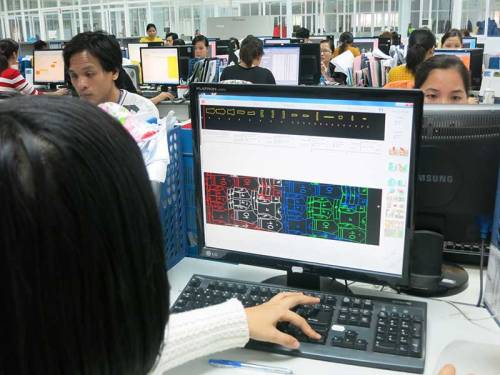 I was very impressed.  The challenge we face is that we’re a small startup and they’re a big established company (4,200 people in this factory alone).  Their production lines are busy and they don’t “need” new business.  Plus they’re used to selling in very high volume and they have no way of knowing whether we’ll grow.  From our standpoint though, we need a factory like this behind us if we want to create a truly premium product.  It was an excellent visit and the dialog has continued since, which I take to be a good sign.

By coincidence, Galen (who is designing our apparel line) just happened to be in Hanoi that night with one of his associates working on a helmet project, so we went to the same cafe I found the other night and enjoyed some frog, peanuts, cuddlefish, and beer.  And then went bar hopping around Hanoi. 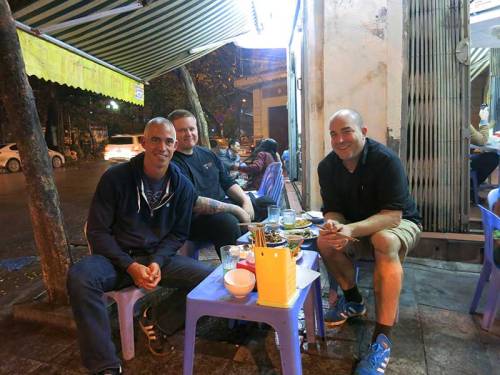 The next day I visited a cut & sew factory which makes snowmobile gear, among other things.  This factory was located about 2.5 hours south of Hanoi, so we had a nice tour of the countryside on the way. 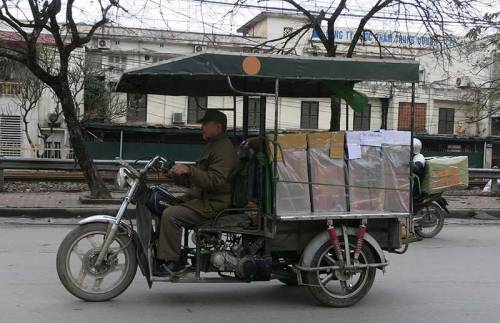 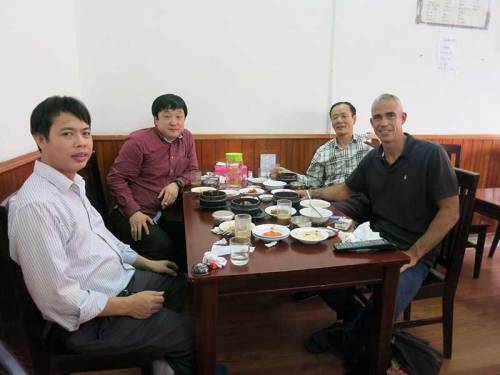 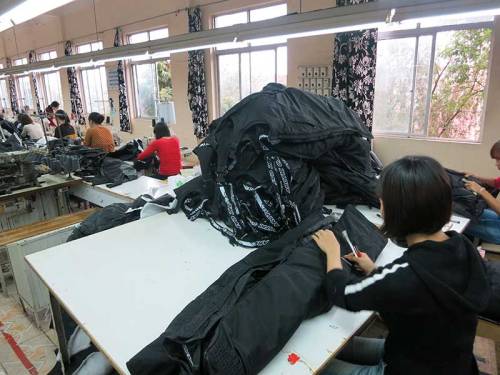 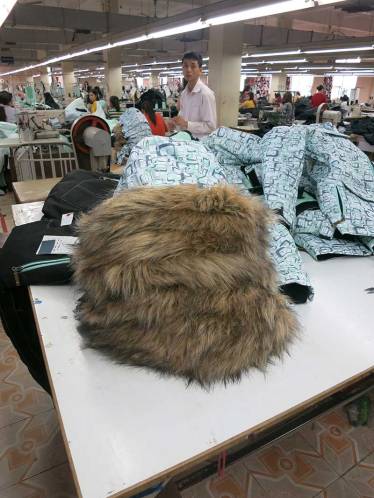 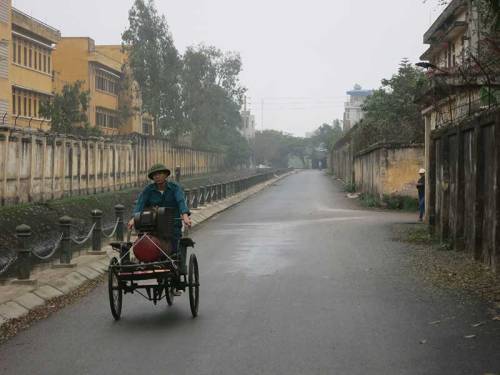 I enjoyed the visit and my hosts were great, but the factory’s capabilities were not the right fit for our products.  That night I headed back to Hanoi to have dinner with a third factory, another motorcycle specialist, and then took the day off on Sunday to catch up on emails before returning to HCMC.  It was a short trip to Hanoi, but a helpful one in terms of framing the challenges and opportunities ahead in apparel.  For now, we’ll keep our fingers crossed for a successful partnership with factory #1.

When I returned to HCMC on Sunday, Anton, David, and the R&D team had made a bunch of progress on our samples.  Got my Minsk back.  That’s Anton’s SR400 sitting next to it in the pic below.  These bikes really stand out in HCMC, where 99% of the traffic is scooters. 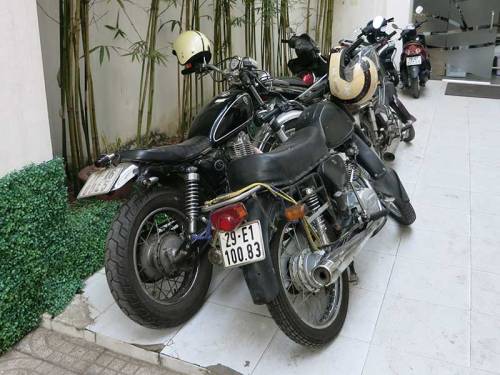 The first round sample of our smaller pannier looks good.  It’s too small, however, so we need to add some volume.  The current size is approximately 15L and we were shooting for 20-22L, so that’s something we’ll fix in our revisions. 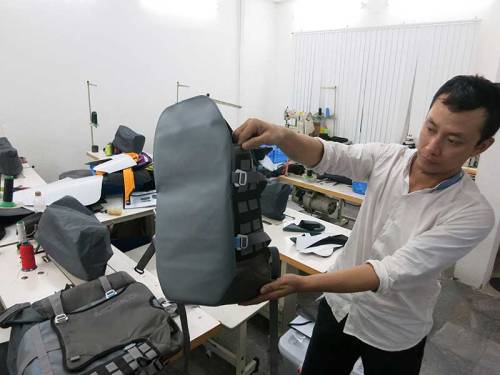 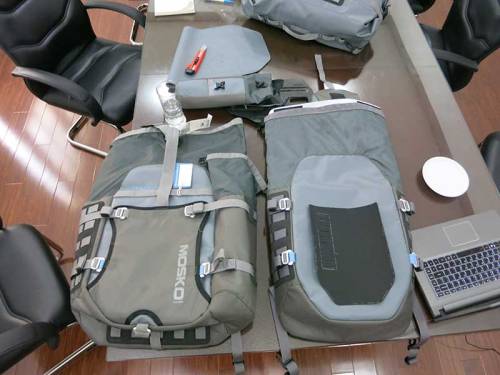 David showed me how to test whether a fabric is nylon or polyester, by lighting it on fire. 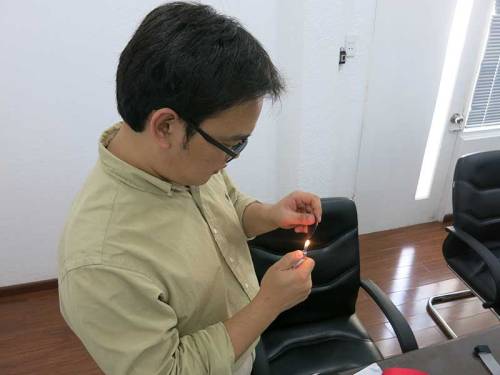 The second-round sample of the smaller duffle looks great.  Anton made some changes to the removable backpack/shoulder strap system. 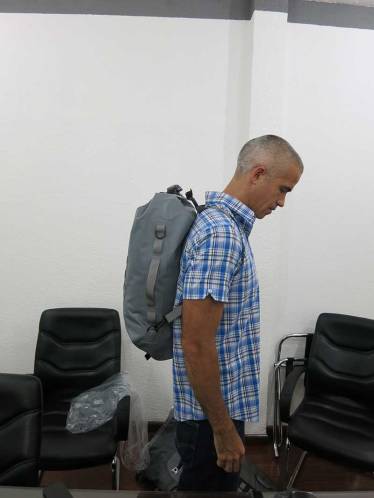 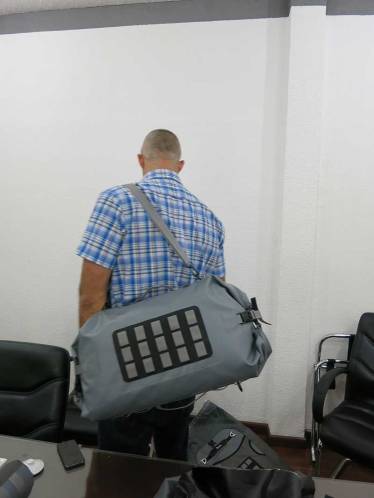 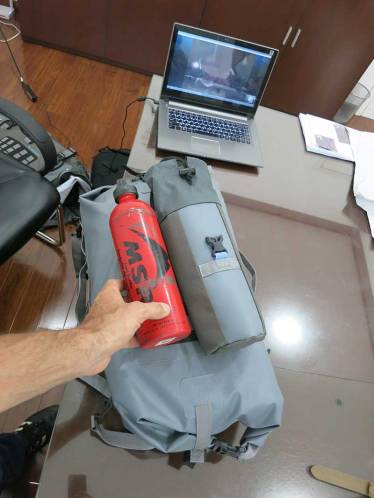 We spent a lot of time going over our cut/stapled/taped first draft “frankenstein” prototype of the rackless bag, which Andrew sent over in a hurry so we could review it with Anton before I left.  That’s Andrew on Skype on the laptop. 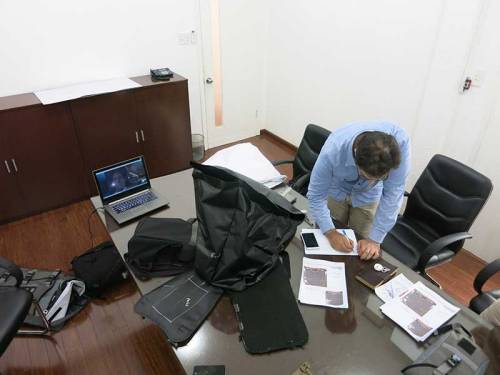 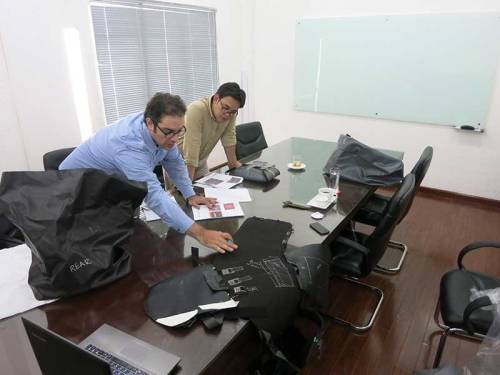 Here’s where we stand on our designs so far, with the rackless prototype soon to follow.  The next step is to choose the actual colors/fabrics.  We’ve been getting a lot of requests for a black-oriented colorway on advrider.com, so that’s the direction we’re currently leaning. 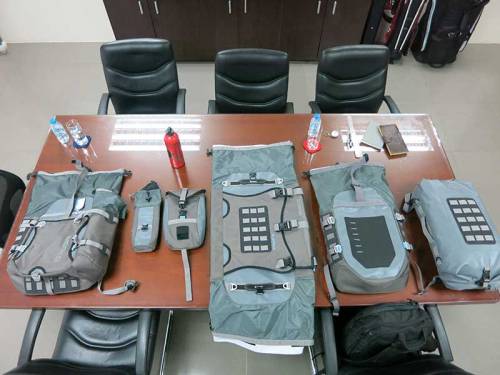 Before I left to come home to the states, Anton and his girlfriend took me out for a tasty dinner of beer, clams, snails, fish-on-a-stick, and unhatched baby chickens, among many other things. 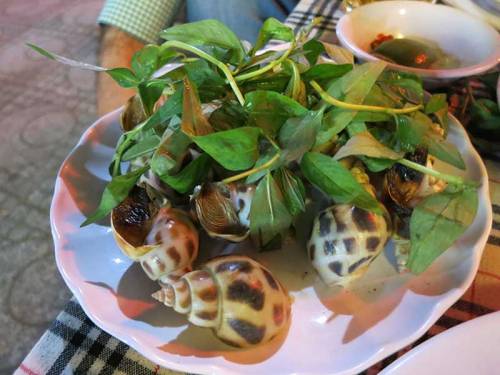 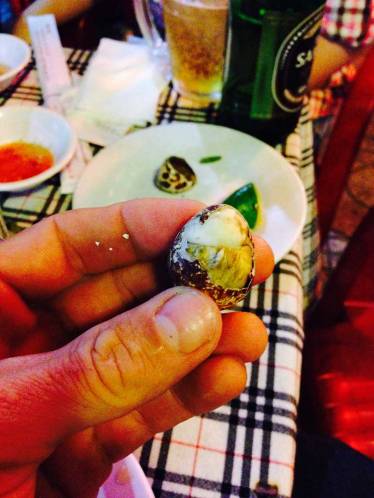 And with that, my trip to Vietnam was over.  I hopped on the 21 hour flight back to Portland and the Gorge.  After spending 6 of the last 7 weeks in 5 different countries, it feels good to be home.

And as a bonus, it’s sunny.